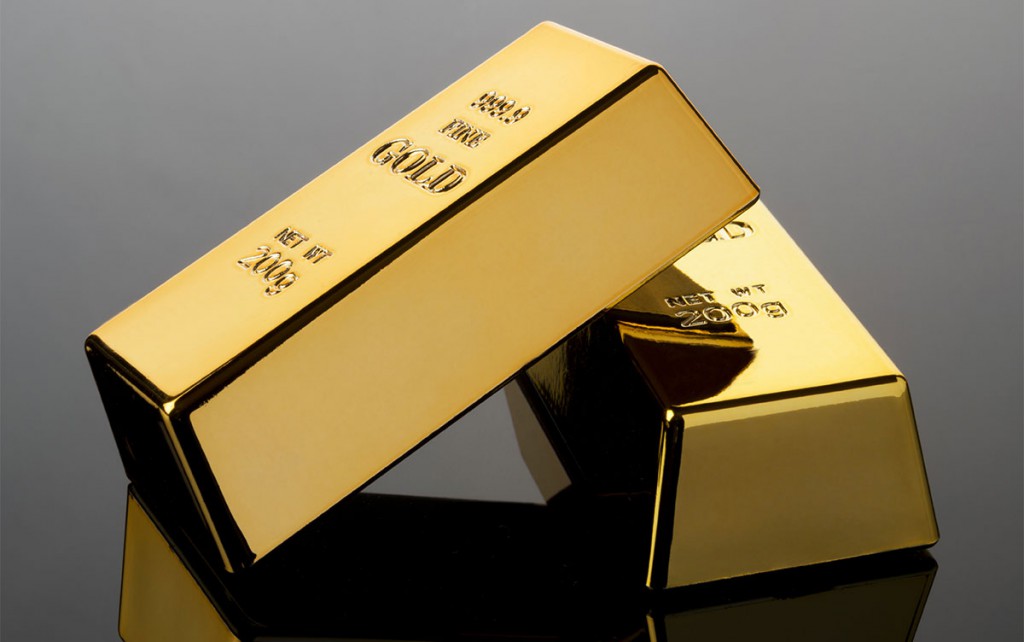 For millennia, humans have depended on the steady valuation of gold. Gold was regarded as the safest, most stable currency, in particular when other forms of currency such as stocks, real estate and raw materials were experiencing periods of crisis.

One unit of currency was worth a certain amount of gold. The legal tender of the German Empire, which lasted from 1871 to 1918, was gold marks (see also face-value coins). One gram of gold was worth 2.79 gold marks. If you went to the imperial bank, you could simply exchange your banknotes for their value in actual gold. The start of World War One marked the end of gold coverage, and, due to the reparations that Germany was forced to pay after the war, its gold reserves were soon depleted. The gold standard was never reintroduced. The transition to a currency not backed by gold (fiat money) was one of the causes of the hyperinflation of the 1920s.

The situation in the United States was similar. For a long time, 20 dollars and 67 cents bought you an ounce of gold. In 1934, the dollar was devalued when the gold price was redefined as being 35 dollars per fine ounce. This new value became fixed in the Bretton Woods system of 1944. For a short time, owning gold was restricted in the U.S., to stop the development of a parallel currency and to increase U.S. gold reserves. Between 1933 and 1973, the only gold you could own was either as jewelry or coin collections. President Franklin D. Roosevelt even went so far as to issue Executive Order 6102 to confiscate gold, and President Richard Nixon banned the exchange of dollars for gold by non-U.S. national banks.

As the gold standard limits the amount of cash issued as well as national debt, governments were very interested in divorcing their currencies from the gold standard. During the two World Wars, the gold standard was abandoned, as the financial means required for wartime production could only be procured by inflation. Today, currencies are no longer based on the gold standard, which is also the reason for the wide disparity between cash amounts and debt. At today’s exchange rates, there is not enough gold to completely back a major currency. The amount of gold available in January 2006 had an equivalent market value of 2.5 trillion euros and would only have covered the sovereign debt of Germany and Spain at the time. If gold were once again used to back monetary systems, the exchange rate would have to increase dramatically.

Although buying gold does not mean lack of confidence in the monetary system, it remains a solid investment. This year, the euro price of gold was very favorable. Although the dollar price of an ounce went down, the dollar gained in value compared to the euro and more than made up for this drop.

The fluctuations in the exchange rates have led to a more than ten percent increase in gold prices in Germany compared to the beginning of the year, when a fine ounce of gold (31.1 grams) was traded for 875 euros. Now, it is worth 960.

China has the highest demand for gold, leading to the hope that gold prices will continue to rise. Premiums were up at the Shanghai Gold Exchange compared to global market prices, indicating an increase in value. In addition, the appreciation of the dollar and the pressure it caused has ceased for the time being.

According to Eugen Weinberg of the German Commerzbank, stock markets are now more risk-averse, with a positive effect on the price of gold. Historically, the dollar and the gold price have acted as antagonists – one rose while the other fell, and vice versa.

Another supporting factor is the buying habits of central banks. This year, the central banks bought 148.2 tons of gold. Although this is substantially less than the previous years, with 448 tons in 2012, the purchases send an important signal, as the central bankers demonstrate that they still regard the yellow metal as a valid tool for diversifying their currency holdings.

In 2013, the price of gold in dollars plummeted by 28 percent. Some observers speculated that the “official sector” would from then on forgo the precious metal. In addition, some institutions such as the Swiss national bank had to write off significant amounts due to the drop in the exchange rate.

Emerging markets, in particular, are buying gold in bulk, with Russia and Turkey leading the way. They use gold in an attempt to counteract the hegemony of the dollar.

Private investors are advised not to regard gold as a venture, but rather as an insurance policy against the uncertainties of the financial system. Currently, this seems to be stable, but significant turmoil is not impossible due to the high credit volume, which can also impact the monetary value.

Financial experts recommend investing ten percent of one’s own personal monetary assets in gold. The average household has around 50,000 euros in its bank account, which would amount to an investment of 5,000 euros.